Now I can be telling what happened to me on the Enterprise Christmas Party on Wondawowman, home of the amazons...oh...hold on a moment.

"Captain." says Lieutenant Worf, "We have found a gatecrasher."

"A person from the 21st century, who appeared at the party on previous years, He calles himself Curmudgeon "


"Oh, yes, I remember him. I chatted to him about this." I comment rather red-faced, as I remember what happened just a little earlier., "Let's hear what he has to say"

I owe an apology to Captain Picard, but I’m not really sure he'll accept it in light of what happened.

First of all, the Captain was extremely kind to visit me in the Guest Quarters to let me know I couldn’t come to the party on Wondawoman this year. “It’s a matter of diplomacy, Curmy,” he explained, straightening his jacket with that little tug like he always does when he’s trying to choose his words carefully. “Guests from the 21st Century are hard enough to explain when we have our Christmas parties on board the Enterprise but on a planet like Wondawoman, and particularly for male guests from the 21st Century – Curmy, it simply won’t do.”

I said I understood and I wished him well and I really meant it but, doggone it, I wanted to attend, invited or not. I resolved to crash the party. But how?

I thought about this for quite awhile. I realized that visiting three centuries in the future is a rather liberating thing. I mean, there’s nothing I can do to screw up my own timeline and there’s no guarantee that I’ll have any descendants in this timeline to be embarrassed by anything I’ve done here. So – while I’m a rather straitlaced person in my own time – it occurred to me, finally, to do something rather out of character. I decided to go in disguise. And, given what I’ve read about Wondawoman, it occurred to me that I should choose a particular sort of disguise. Well, see for yourself: 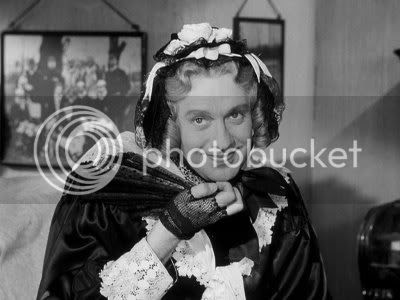 With all the commotion going on after we arrived in orbit over Wondawoman, it was not difficult to find an unmonitored transporter room. I beamed down to the party entrance where I was confronted by a large, spear-carrying security guard. “Where is your invitation, Mother?” she asked, not unkindly.

I patted my dress and fumbled in the sleeves. (I had no idea they’d issued some sort of invitation document!) “Oh, silly me,” I improvised, “I must have left it in the transporter room.” I fidgeted and fanned myself a bit. “Do I really need to go back?”

“Don’t get excited, Mother,” the guard said. “Who are you?” With the hand that wasn’t holding that rather vicious-looking spear, she picked up a pad and started thumbing across what I presumed was an invitation list.

The guard bristled. “Charlie? That’s a man’s name.” She made a sour face as she said the word “man.” I snuck a look at her spear. It looked very sharp.

“Did I say Charlie?” I asked, “Well, that’s what we call her in the family. Short for Charlotte, you know.” I prayed there’d be a Charlotte somewhere on that list she was looking at. “It’s sort of an inside joke in the family,” I said and began to fan and flutter again, harder this time.

The guard put the pad aside and gestured me through. “It’s alright, Mother,” she said, “you just have a nice time and don’t stress yourself too much.”

I really did have a nice time at the party. I got to meet Queen Diana – who turns out to be even better looking in person than in her pictures. I said hello to Nexa, who was kind of brooding over in a corner. She was barely polite. I tried the cucumber sandwiches and immediately remembered why men in my own time avoid wedding showers (and similar female-centric gatherings) like the plague.

I tried to avoid the Enterprise personnel because I didn’t want to be recognized. I thought Counselor Troi shot me an odd look, but I guess you don’t really have to be a half-Betazoid empath to know what went through my mind when I looked at her gown. I did say hello to Ensign Karena; she seemed to be having a marvelous time. Captain Hernandez from the Rhode Island also seemed to be enjoying herself. When I saw her, she was leading Commander Hathaway around on a choke collar. The Amazons seemed to approve.

As the evening wore on the Starfleet women began dancing – and pulling men out of the little pen where they had been kept so that they wouldn’t ruin the party for everyone else. The Amazons stomped off the dance floor in disgust.

I was sitting between two of them, both sniffing their disapproval, when Jean-Luc came over to ask me to dance. I’m sure he thought he was being gallant to an older, unescorted Earthwoman. As he led me to the dance floor, though, I watched his eyes widen with recognition.

“Curmy,” he expostulated, “what are you doing here?” But he had committed himself; there was no way he could graciously push aside someone that everyone else assumed was an old woman. So we danced. In a concession to Amazonian custom, he let me lead. Someone snapped our picture as the dance ended.

Picard put on his best ambassador voice. “Well, Madam,” he boomed, “it’s getting rather late. I will escort you back to the beam-down coordinates.” Then, sotto-voce, he hissed at me, “If that picture gets put up on Facebook, Curmy, you’re in big trouble.”

So I have to apologize to the Captain. But I’m not quite sure how.

Now that Curmy has been safely dispatched back to the 21st century, I can begin my account.

Bev decided to show up in a sundress and wore dark glasses. She had clearly been spending too much time on the Enterprise sun bed

"I've got my dance card all full up, Jean-Luc." Bev whispers playfully, "And it's your name on every occasion."

"There's little chance of that happening." Bev tells me, "It would belittle her standing amongst her fellow amazons to dance with you. She would probably prefer Captain Hernandez or the Borg Queen."

I look around to see Seven of Nine getting the Borg Queen another Klingon bloodwine. She seems to be drinking them like there is no tomorrow. She staggers over to me.

Before she finishes, The Borg Queen collapses on the floor. Seven picks her up and tells me she will get some black coffee.

I hear a few giggly screams, and see T'Pol and Ensign Britney on the dancefloor in outrageous costumes, both singing away...

"Are you ready for this action
Does it give you satisfaction
Are you hip to what I'm sayin
If you are then let's start swayin
The answer better be (yes, yes)
That pleases me"

"How is the party going, Number One?" I ask Riker.

"Fine sir," he replies, "I'm just waiting for Deanna to show up."

"Here I am Will." says an approaching female voice. 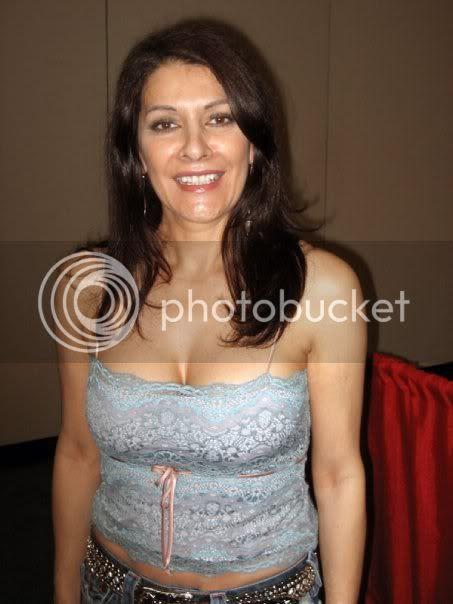 I nearly choke on my vol-au-vant. Riker's eyes indicate their approval, and the two head off to the dancefloor as a smoochy number comes on. Bev grabs me to follow.
"Come on Captain, my Captain." she giggles.

As we get there, everybody seems to have their intended with them. I have Bev, Riker has Deanna, Data has Jenny, Britney has T'Pol, Erika has Hathaway, Wes has Karena, Jadzia has Worf. The Borg Queen has to make do with Seven, although she looks jealously at Bev. Queen Diana prounces the party a great success and orders the band to play.

I know I stand in line until you think
You have the time to spend an evening with me
And if we go someplace to dance
I know that there's a chance you won't be leaving with me
And afterwards we drop into a quiet little place
And have a drink or two......
And then I go and spoil it all by saying
Something stupid like I love you


I can see it in your eyes that you despise
The same old lines you heard the night before......
And though it's just a line to you for me it's true......
And never seemed so right before
I practice everyday to find some clever lines
To say to make the meaning come true......
But then I think I'll wait until the evening gets late
And I'm alone with you
The time is right your perfume fills my head......
The stars get red and on the nights so blue......
And then I go and spoil it all by saying
Something stupid like I love you

As the music fades, Bev finds some mistletoe and we kiss.

Worf found me out?

I thought my disguise was better than that.

I'm lucky none of the Amazons caught on. I might have gotten in real trouble....

Well at least it looks like you were able to enjoy the party, Captain. I'm glad for that.

Curmy was lucky to attend the party! It was a good experience, huh?

I should have gone as a Chinese Princess. :)

We do not agree with this year BRIT awards 2010 decision.