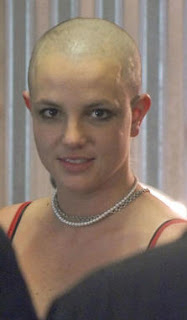 
My girlfriend T'Pol and I are doing a gay bar crawl around San Francisco. We are seeing if we can visit them all before we pass out. The trouble is that here in the 24th century, virtually every bar is a gay one. Nowadays, it is harder to see a a 'straight' one!

"We are going to behave ourselves aren't we, Brit?" T'Pol asks, "After all, we can't go in every one if they just throw us out."

Relax, sweetie." I tell her, "We're just gonna have a couple of jars and move on."

We go in the Degeneres Bar and get our drink. As we sip them, a tall blonde approaches, ignores me and starts speaking softkly to T'Pol. 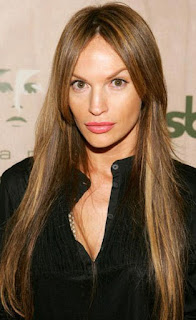 "Hi lover girl." she huskily says, "I'm Maxine. How about we quit this joint and make sweet music together?"

"Thank you." T'Pol says politely, "But I'm drinking here with my girlfriend Britney.

Maxine looks down on me as if I am something unpleasant she has trodden in.

"Surely you can't be serious?" she sneers, "I'll show you how a woman really can be."

That's enough for me. I get iout my umbrella and whack her.

A few moments later, we are walking to the next bar.

"I KNEW we'd end up getting thrown out!"complains T'Pol. "Relax." I reply, we did drink something there. Let's move on."

Our next stop is The Lesbos Lounge. We order two drinks and relax.


"Let's see how long we can stay in this one." T'Pol comments drily.

A figure comes up to us with dyed red hair. It takes me time to recognise her. It is Daisy, who appeared at the Christmas Party when it was held at Annette and Amanda's gay bar. 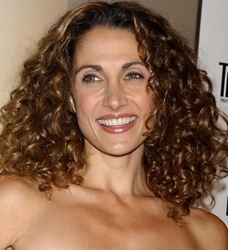 "Hi there." she says, "You two still together?"

"Stronger than ever." I answer firmly, just in case she was thinking of cutting in.

"Mmmm...pity." she says, "You two are admired on the circuit for being gay Starfleet Officers. You're the pin up girls for all the customers here."

T'Pol and I slowly look round. We see all the women in the bar are looking admiringly at us, some with cameras.

"So much for a quiet drink!" exclaims T'Pol, "The only place we are going to drink peacefully until we pass out is at Ten Forward on the Enterprise."

This week, TWQ (thje Weekend Question) asks about technological problems we come up against.

Which technological difficulties do you have trouble with nowadays? List as many as you wish.


My answers are:
* Talking to the bank or a financial company.  The series of questions over the phone are nothing short of interrogations. Woe betide if you don't have the information or get it wrong.

* Using the automatic check out at a supermarket. I never do this, but setlle for the more reliable checkout woman.

Things have been a little quiet lately in the jungle. I've managed to negotiate a truce between the various animals so that each can have a season in which to eat each other. Out of that season, they must live in complete harmony.

I'm a clever Queen of the Jungle! My ability to talk to all animals, which developed when I was stuck in a mysterious obelisk left by the Doolittle race of beings. I shot up from a baby to a seventeen year old instantly.

Mac, the chimpanzee approaches me.

"Sheena." he begins, there is a human around who I think is looking for you. She has short blonde hair and is carrying a spear and a young baby."

My mother, Karena. Who, though, is the baby?

I run quickly to the point that Mac described. I haven't seen my mother in some time.

We see each other and hug.

"My darling Sheena!" she exclaims, but tries not to look too emotional, as it's not the sort of thing an amazon should do.

"My dear daughter." she says proudly , " I'd like to introduce you to your new sister, Monica."

"Sister!" I exclaim in shock, "Mother, you did not even tell me you were with child!"

"I'm sorry, Sheena." she answers, "Communication is poor out here, and we can only visit with starships. You have no videoscreens. Not even the ancient Skype system."

"Does she talk to animals like I do?" I ask enquiringly.

"She doesn't talk at all, but does throw a good six inch spear." my mother tells me, "I am not taking her a mile from that awful obelisk. It took away your childhood, darling."

"I don't mind." I tell her, "I feel rather unique as a result and special."

"You were special anyway." she says sweetly.

After a few hours, in which I introduce my sister and mother to my jungle friends. This took a little cajoling, as I had to persuade the lions and tigers not to eat them, and Karena not to spear them.

At departure time, we forget we are amazons and have a little cry between us before my mother band sister beam away.

"Oh, one last thing, darling." my mother says, reddening, "Do I need to tell you about the facts of life?"

"No, mother!" I answer, "Those details were all part of the program that was downloaded into me when the obelisk increased my age."

The two figures vanish into thin air.
Posted by Sheena at 14:00 5 comments:

This week, TWQ (the Weekend Question) looks at books you have read. Did you feel the ending wasn't right?

Have you read any books in which you wish there was a different ending? List as many as you like.

Having arrived safely on my home planet of Wondawowman in time for the birth of my second daughter, I am greeeted by Captain Picard, my mother in law Bev Crusheer, my sister Nexa and my mother Queen Diana.

"Thank the stars you are here, daughter." the queen tells me, "Your sister and I shall carry you on a stretcher to the Birthing Chamber."

"Actually, it might be a good idea if Karena had the baby right here." suggests Dr Ted.

A bad mistake. A male, even a holographic one, does not question the will of an Amazonian Queen.

My mother looks in rage at him.

"You will be SILENT!" she shouts, "Only women may be in the sacred Birthing Chamber."

"In that case, can I come along?" Beverly suggest, "My medical knowledge will be important should any complications arise."

Reluctantly, my mother agrees, seeing the sense of having a doctor present, even though amazons usually have babies without any problems. A few minutes later, they are throwing spears again.

Lying on a litter, I am carried up a steep, turbulant volcanic mountain and enter the Birthing Chamber. A huge hot, bubbling pool is in front of me.

My mother changes into white robes, while Nexa and I remove our clothes to sit in the Birthing Pool.

Nexa holds me as my mother steps into the pool. I feel my daughter coming.

"AHHHHH" I call out, as Nexa pins me down. My mother bends down and lifts my young amazonian daughter up. Bev looks in amazement at home smoothly it was all done.

"What say you name this child?" asks the Queen.

"Very well." she says, "By the authority vested me as Queen of Wondawowman, I name this daughter Monica, and declare her to be a Princess of this Realm."

I get out of the Birthing Pool. Nexa and I put our clothes back on.

We all go down the cliff face. I'm feeling a lot better now I have a heavy weight out of me. All the others are waiting below.

"How did it go?" asks an anxious Wes.

"Meet Monica." Nexa laughs, as she presents the baby girl to him.

I take hold of Monica and grab my spear.

"I'll just be an hour." I tell everybody, as I walk into the nearby woods, "I've just going to show my new daughter how I kill and skin a bear."

Bev's mouth, for some reason, drops open in amazement.
Posted by Karena at 14:00 3 comments:

With the imminent arrival of my second daughter, my ship, the USS Rhode Island and also the USS Enterprise, where my mother in law Bev Crusher is are both travelling to my home planet of Wondawowman.

I indent to have my child on home soil. This will bring me more luck than when I had my first daughter Sheena. After a few months, she grew into a seventeen year old when she crawled into a monolith.

You can be sure that this new sprog will not be allowed to crawl into any alien structures!

I hope we get to the planet on time. My baby bump looks huge. I'm getting the odd pain or two. Lately, I haven't been able to throw my spear as accurately as possible. Occasionaly, it's been a challenge fighting monsters in the holodeck simulation.

Wesley Crusher, my Life Servant and husband comes in, and looks alarmed.

"Karena, what are you doing by taking on all these strenuous events? You are on maternity leave!" he says.

"Nonsense." I tell him sharply, "I'm an amazon. We can hunt bears, fight, drink heavily and then just have our daughters right afterwards. We are far more stronger and physical that you are...OWWWW!!!

I feel the pain. My daughter is coming soon.

"Beam her to SickBay!" Wes tells the computer.

"Belay that and beam me to the transporter room. Get Doctor Ted to come." I tell him, "We are just coming into orbit around Wondawowman.

A few moments later, We are all ready to beam down. Doctor Ted joins us.

"How is our patent?" he says with an overenthusiastic laugh, and tapping my baby bump, "We'll soon have you out of there!"

"DO NOT DO THAT!" I warn him, "Otherwise I'll reprogram you to have less memory than a 20th century Atari."

In a few seconds, we are on the surface of my home planet.

Apologies for being away so long, but events in the real world tend to be overshadowing right now. I hope in the near future that things can be restored. In the meantime...

TWQ (the Weekend Question) asks if you have been hit by a scam while on vacation either in your country or abroad, legal or otherwise. List as many as you wish.


My answers are:
* When arriving in Istanbul by air, we were told we had to pay extra for a 'visa' that had been imposed. This was a legal scam.

* In Paris, someone tried to sell a weekly rail pass to us, but I recognised it was just a one way rail ticket.