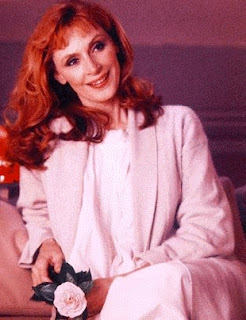 I am in the Enterprise Spa with Annika Hansen and the new assistant to the holographic doctor, Penelope Delmara. After lifting some rather heavy weights, we are all in the sauna, ready to relax.

Annika casts her towel away with ease, as does Penny. Why do I feel reluctant? After all, I'm a doctor. I know what the female form looks like! Is it because they are still so young, and I am um...more mature. Still, Jean-Luc has no complaints! I smile to myself.

Eventually I do take my towel off and put it down, and realise the other women take no notice. They are lying on the benches in the searing heat as we start to sweat.

"How are you liking it here on the Enterprise, Penny?"  I ask the Spanish woman, "Are you getting along with everyone?" 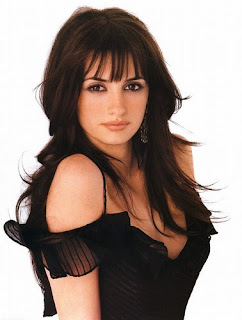 "Oh yes, Bev!" Penny exclaims, "Everyone is so friendly. Joe likes me in particular. I think there is a little romance in the air for me."

"Joe?" Annika asks in bewilderment, "Who's he?"

"The holographic doctor, Annie." answers Penny, "He told me he never gave himself a name, so I have said I will call him Joe until he finds a better one. Actually, I think he is going to keep it."

"How are you and Seven getting along?" I ask Annika, "Are your consciousnesses maintaining a steady truce?" 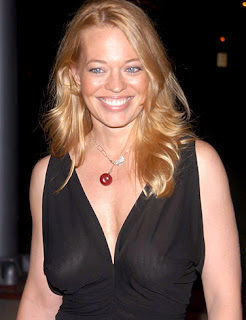 "We are starting to get along and learning to respect each other." Annika answers, "Although there are some times when.....anyway, fortunately, Seven doesn't care much for the heat, so is not going to make an appearance while we are in the sauna."

"I must admit, it is warm in here now." I comment, as the sweat pours down. "Is everybody ready for a cool shower?"

They agree and we get up to open the door.

"What is it, Bev?" asks a worried Penny.

I tell them and soon we are all pushing against the door, screaming and shouting to be rescued.

"Control yourself." orders the more assured Annika, "We will be rescued soon."

I wish I shared her enthusiasm.

Ten minutes later, we are still beating on the door. It feels like our bodies are on fire.

Then through the little window, I see a figure passing. It is Will Riker. He sees us and comes to help. He undoes a catch on the door which must have slipped and opens it. 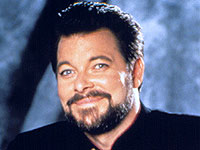 "Thank you, Will!" I say, hugging him, "We wouldn't have lasted another five minutes in there.

Riker looks inside at Penny and Annika, then at me. He gives a discreet cough. Then I remember.

We would have been wise to put those towels on first!
Posted by Beverly Crusher at 14:00

I was wondering why there was such a delay in posting a new log entry. Now I see why.

The Mistress of the Dark said...

Will is a very happy man :)

Curmy, lot of side issues in the RW lately.

I enjoy these names! :D)

A dream doesn't become reality through magic; it takes sweat, determination and hard work. See the link below for more info.